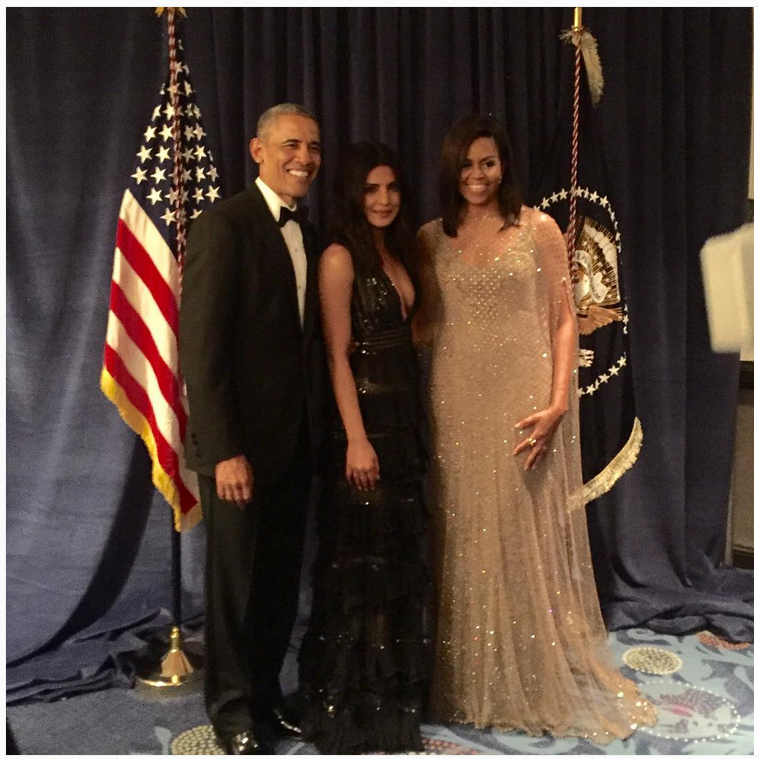 Actor Priyanka Chopra dined with the US President Barack Obama at the annual White House Correspondents’ Dinner on Saturday night.

She posted a picture of her with the Obamas on Instagram today and wrote, “Lovely to meet the very funny and charming @barackobama and the beautiful @michelleobama. Thank you for a lovely evening. Cannot wait to start working on your girls education program.”

The 33-year-old “Quantico” star, who is currently shooting in the US for the bigscreen “Baywatch” reboot, dazzled the last evening’s affair in a deep-cut, black and sheer-stripe gown.

She was invited to the annual White House Correspondents’ Dinner with the US President Barack Obama and the First Lady Michelle Obama. 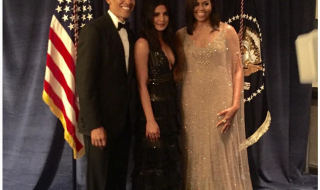 The 2016 White House Correspondents’ dinner, which was President Obama’s last in office, was hosted by comedian Larry Wilmore.

ikon for all beauties :)